The road tunnels in Ismailia reach about 50 m depth, over a 4.8 km length with a 10.6 m inner diameter. Each tunnel has two 3.75 m wide lanes for vehicles. Whereas the road tunnels in Port Said have the same geometrical parameters, but being 3.2 km long they are a bit shorter. 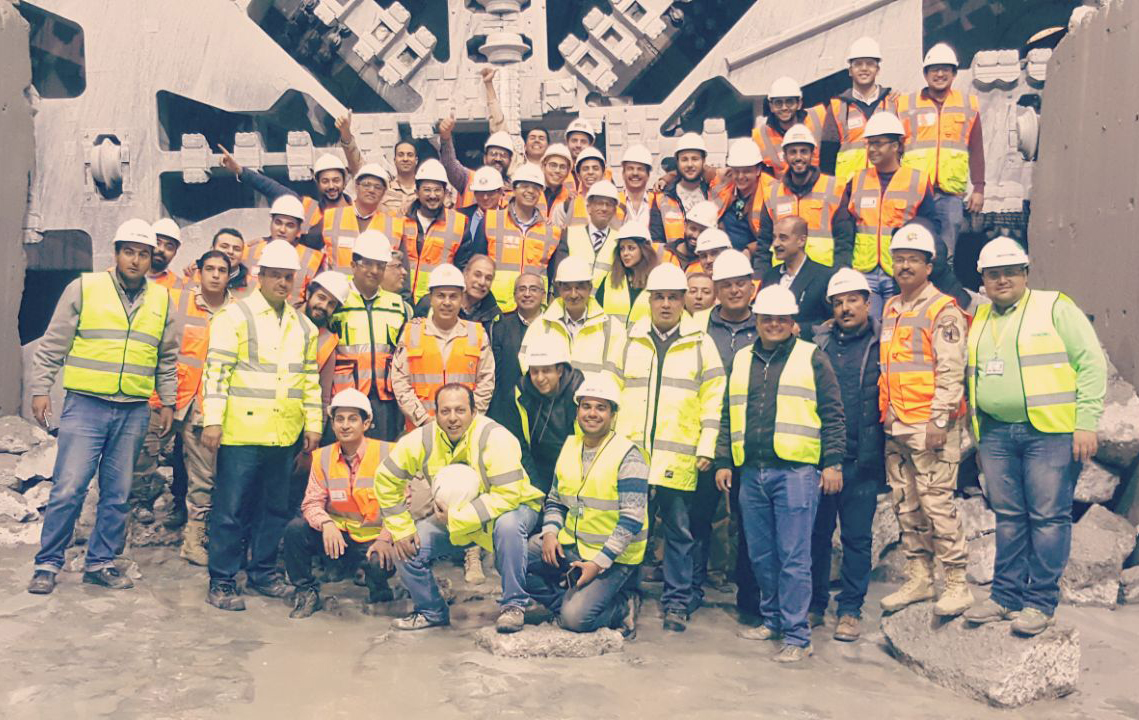 The client was the Egypt Armed Forces, with the main construction companies in Ismailia being Petrojet and Concord for the TBM S-958 and TBM S-960 works. The subcontractors for the TBM operation were CMC and Razel. In Port Said the Joint Venture was built by Orascom and Arab Contractors for TBM S-959 and TBM S-961 and the TBM operation was supported by Wayss und Freytag.

At the time of writing, all 4 tunnels are at or near completion in terms of tunnelling but there are still are works on cross-passages, road surfaces and interior construction/fitting-out to be completed.

Special thanks were given to the VMT site team by VMT’s project engineer, Robert Schuppenhauer, for their work on installation of these systems and their patient support of the jobsite during the advance phase to the successful breakthrough. In particular, thanks go to Hassan Abourrig and Peter Bläsi for their work on the TUnIS Navigation TBMLaser; Steffen Belz and Norbert Bittmann for their work with the Segment Documentation System SDS and Jochen Kauselmann for his work on the IRIS system.