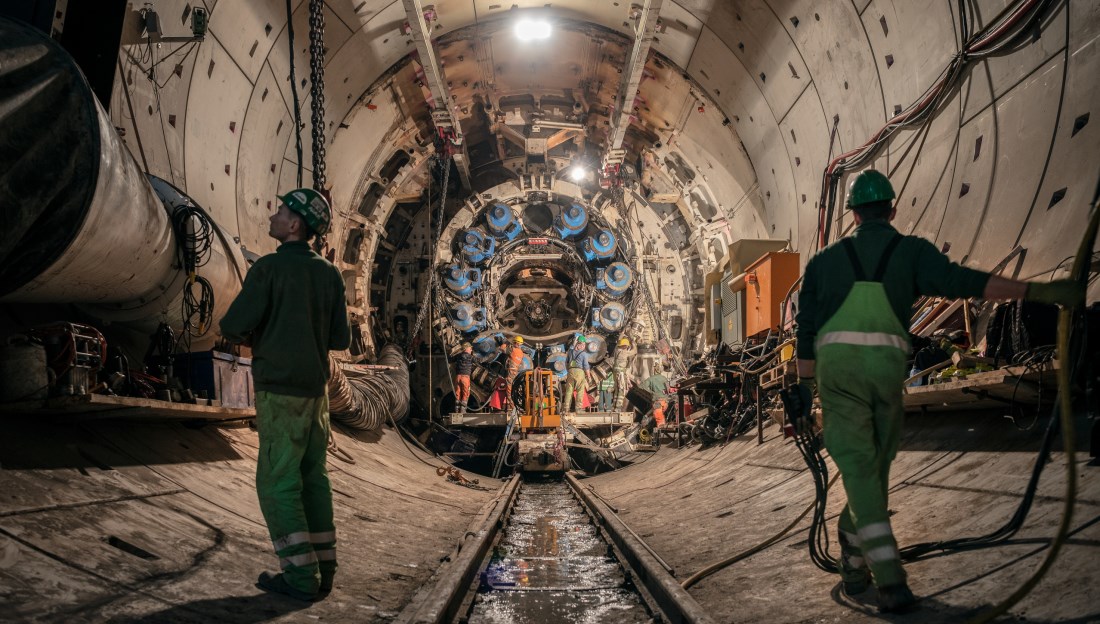 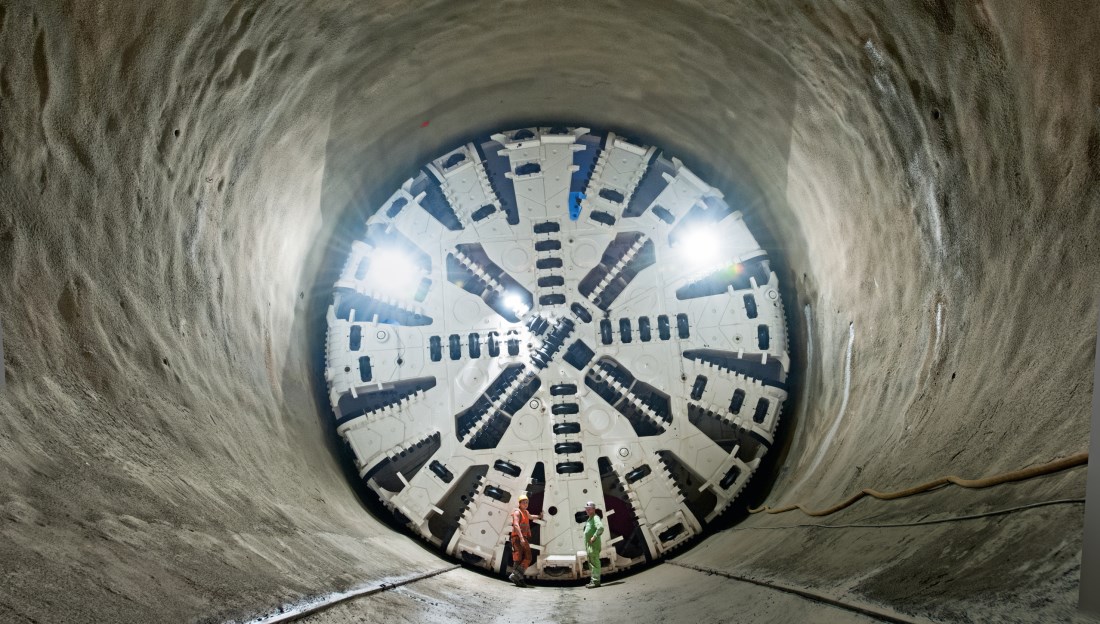 The 1,600 mm diameter pipeline was installed with a Herrenknecht AVN1600 using concrete pipes with a wall thickness of 280 mm. A VMT SLS-Microtunnelling LT navigation system provided the guidance necessary to keep the bore on the required line and level. 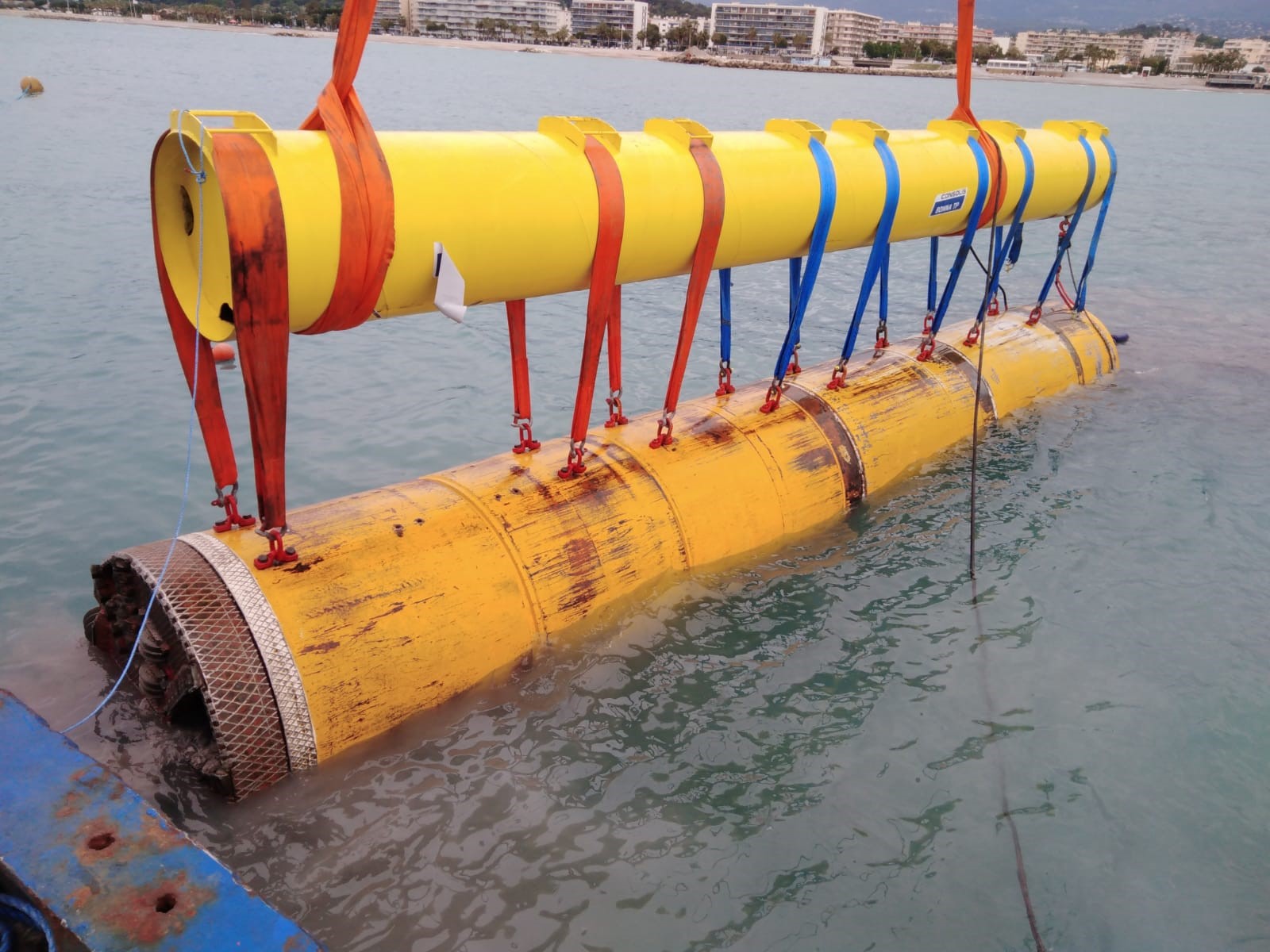 The first 115 m of the straight drive was completed using a laser guidance system already owned by the contractor. Beyond this, however, there was a requirement for a more sophisticated system to ensure the successful completion and accuracy of the drive to its terminus some 400 m further out under the sea. Therefore it was decided to introduce the VMT SLS-Microtunnelling LT system.

The contractor, Ludwig Pfeiffer, commented that the selection of the VMT navigation system was an easy one given that the company had worked with VMT on many occasions previously with excellent results. For the Nice project the contractor purchased a brand new SLS-Microtunnelling LT system to utilise.

For the recovery of the machine, a module was installed to remotely disconnect electrical and data cables as well as the slurry line. Then thanks to the previously installed lifting eyes on its upper side, the TBM can be lifted with the support of a dedicated team for the underwater operations. The installation was completed in just 50 days.

The works comprised the boring of six (6) 688 m long, 505 mm diameter ducts for the installation of high voltage power cables as part of the Bacharach Erdkabelanbindung project. The installation was complicated by the fact that the routes of all six ducts was required to include a 506 m radius curve. 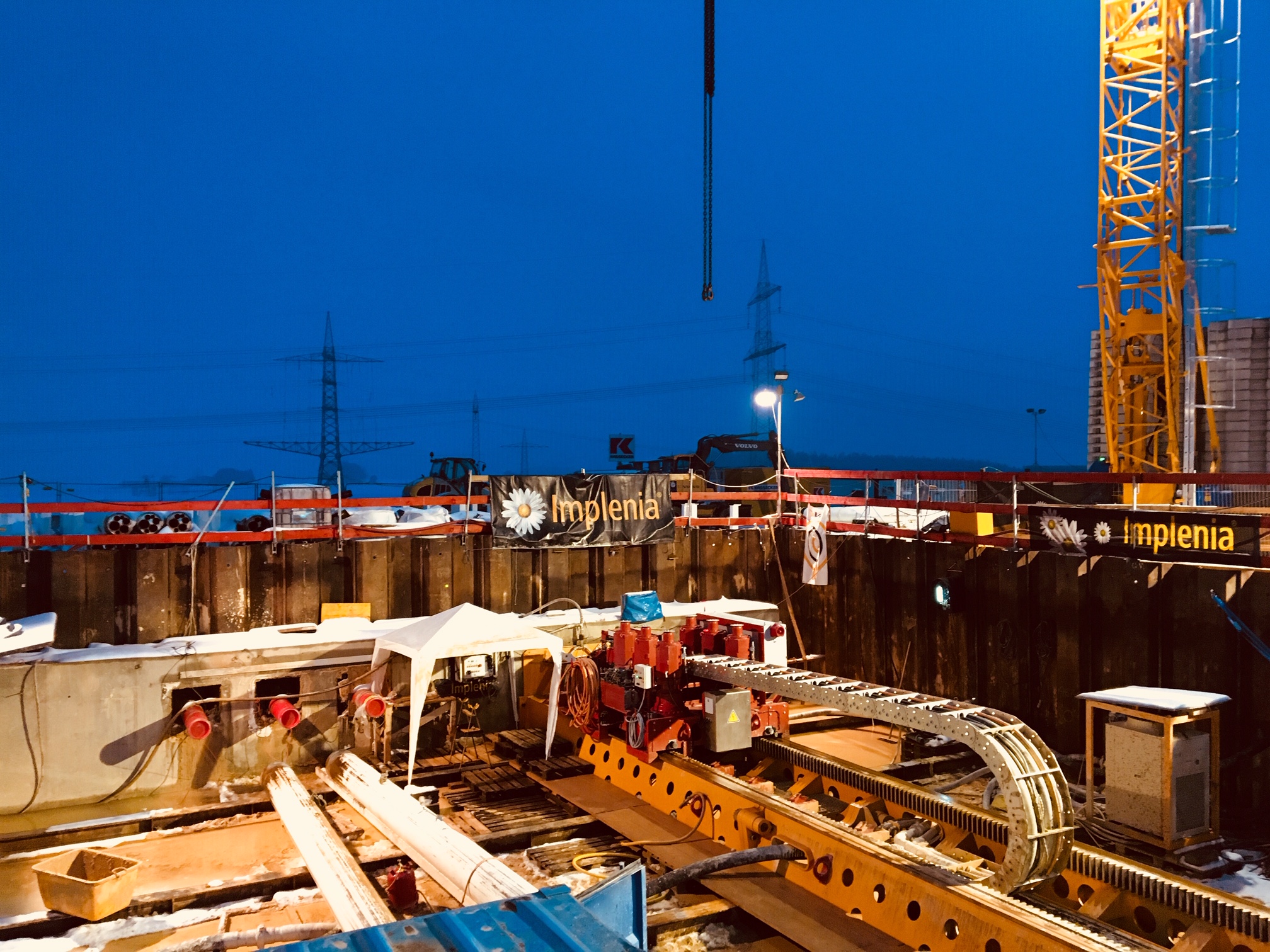 To overcome this, the contractor called on tunnel navigation specialist VMT’s expertise to design a special guidance system to provide the necessary accuracy for the bores. The system developed utilised two proven techniques which included both a Gyro MWDII and a Paratrack 2 System (magnetic probe).

VMT’s challenge was to provide a guidance system that would not only ensure accuracy of the individual bores but also handle the challenging environment which included high voltage power lines which crossed the site which, as the project proceeded, led to erroneous readings with the Paratrack 2 System.

The project was something of a pilot project in that the systems had not been used like this in combination before. However it was decided that the comparison of the sensor data from both navigation devices would provide sufficient data to show if the navigation system could be trusted. Manual measurements with a TCA showed that the vast majority of the data from the magnetic probe was very useable. Where any minor discrepancies from the magnetic probe did occur this could be adjusted for by using the data from the gyro, so at no time was there any potential for the microtunneller to operate without confidence in the steering. 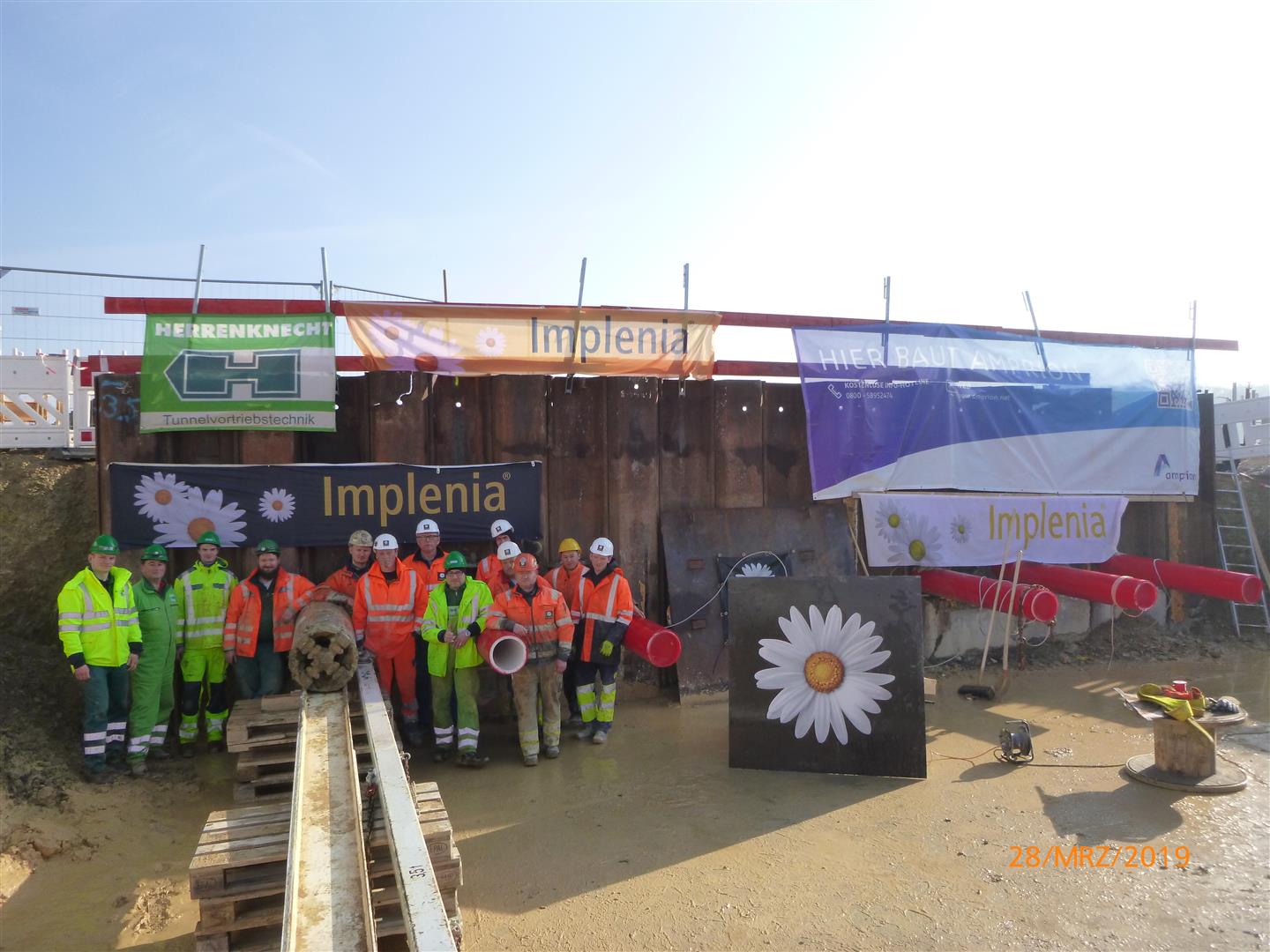 The fact that the personnel involved had no experience of such a system did not deter VMT’s staff and with a lot of new enhancements to VMT’s guidance software prior to the project a system was developed that it was believed would provide the accuracy required.

Ultimately on the successful completion of the bores the VMT system utilised by the E-Power Pipe® system proved to be a very suitable guidance solution for TBMs without a line of sight available and where no conventional control measurements were possible as all drives reached their target.

According to the VMT crew onsite for the works: “We learned a lot about the system during the advance and were able to gradually reduce the service on site and transfer more automation in the process as the project was ongoing.”