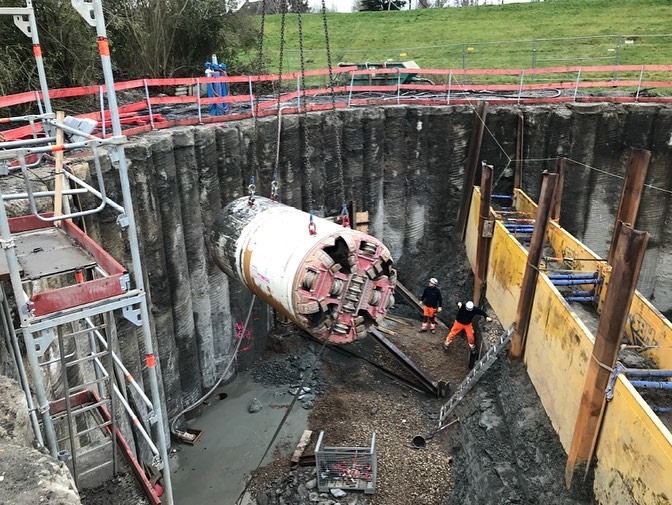 The Hüller Bach, a stream which flows through Herne in North Rhine-Westphalia, Germany, is the largest tributary of the Emscher River in the Ruhr area. For years the stream has effectively functioned as an above-ground sewer, with underground canalisation not possible due to the region’s coal mining activities.

As part of a project to protect both the Hüller Bach and Emscher River from wastewater discharges, under the designation of the Emscher conversion project, the sewerage system in and around Herne is undergoing a transformation. A cease in underground coal mining has brought with it the opportunity to move sewerage below the earth’s surface, with the construction of a new 2.6 km sewer pipe string running underground and parallel to the stream.

Since 1992, the Emschergenossenschaft has been planning and implementing the Emscher Reconstruction project in close coordination with the surrounding municipalities, in which almost €5.5 billion will be invested over a period of about 30 years. Sonntag Baugesellschaft mbH & Co. KG, the contractor appointed to undertake the recent microtunnelling works, elected to work with VMT as long-time partner and guidance specialist. A Herrenknecht AVN1600 machine, enlarged to OD2160, was utilised for the project, supported by VMT’s navigation systems SLS-Microtunnelling LT and TUnIS Navigation MTLaserTotalstation.

Excellent collaboration between VMT and Centerline – who undertook the surveying for the project – contributed to the quick and successful completion of the excavation.

Drive 1 utilised the standard SLS-Microtunnelling LT navigation system. This system is designed with a laser target unit, with a tunnel laser mounted in the start shaft of the drive and an active target unit placed in the machine. Data from the laser target continuously determines the exact position of the machine and displays any deviations from the desired alignment immediately on the monitor at the operator’s position. According to Sonntag Baugesellschaft, Drive 1 was described as ‘a winding 350 m long drive’ which ‘broke through the target seal with pinpoint accuracy’.

For the two longer drives with tighter curves, the contractor utilised TUnIS Navigation MTLaserTotalstation, VMT’s latest incarnation of its laser-based guidance systems. In addition to the long distance and tight curvature of the latter drives, further challenges arose as a result of drilling restrictions on site. Usually, installation of the VMT system hardware takes place with the drilling and tightening of screws, allowing an easy workflow and flexibility in case of line-of-sight problems. For this project, however, drilling was not allowed in the tunnel as the inner surface of the pipe string needed to remain unaltered: as a result, sight distances needed to be precisely calculated in advance. In order to securely mount VMT hardware without the use of standard screws, tension rings were used during installation. 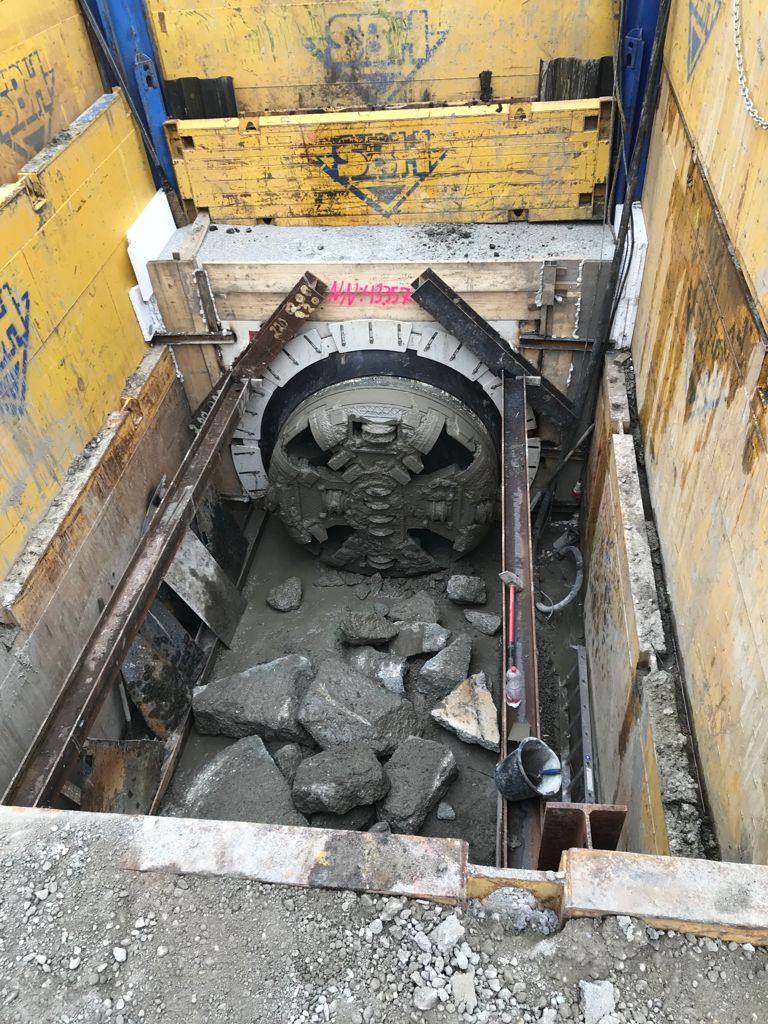 TUnIS Navigation MTLaserTotalstation allows precise and efficient navigation of curved and long-distance drives. The expert system is based on the principle of invariance, where the horizontal and vertical position of the machine is determined by a laser total station in conjunction with several reference and target prisms and an electronic target unit inside the machine. The laser total station is permanently installed in the pipe string. An inclination sensor integrated in the electronic target unit measures pitch and roll of the machine. The system is drift and refraction-independent and requires 50% less control measurements than the gyro-based all-rounder system. This equates to less interruption of tunnelling, shorter downtimes, and significantly increased tunnelling performance.