Looking forward, there is also planning between 2016 and 2020 with another 150 km scheduled to follow. Construction of the following underground lines are approved:

In Moscow, numerous architects and construction companies have been contracted to accomplish the design of the underground extension. 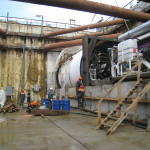 VMT is directly involved in this process. The majority of construction companies use our TUnIS navigation systems during tunnel excavation. In June 2012, the first TBM started from Lermontovskiy Prospect toward Vykhino Station. 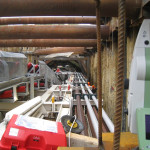 The next advance in which VMT is involved starts in September 2012.