One of the world’s longest pipe-jacking jobs crossed under the Elbe River at Hetlingen west of Hamburg in complex geology for the construction of a casing tunnel for a gas pipeline. At a groundwater pressure of up to 4bar, sandy gravel soil with stones, layers of boulder clay featuring larger rocks as well as layers of clay which tend to be very sticky, challenged the tunnel boring machine’s cutterhead.

VMT joined the jobsite with a comprehensive range of navigation, survey and monitoring technology. Using IRIS.microtunnel – a web-based data management and monitoring system – it was, among other things, possible to permanently monitor all support pressures while comparing them in parallel with the fluctuating tides of the Elbe. Furthermore, the comprehensive HADES communication system featuring several modules such as video surveillance, fire alarm or RFID jobsite access control was used for the first time in Germany.

The Herrenknecht AVND machine (AVND2400AB , Ø 3,025mm) hit the target precisely and on time on December 4, 2015 on the Lühesand Island on the Elbe after 112 days of tunnelling only. 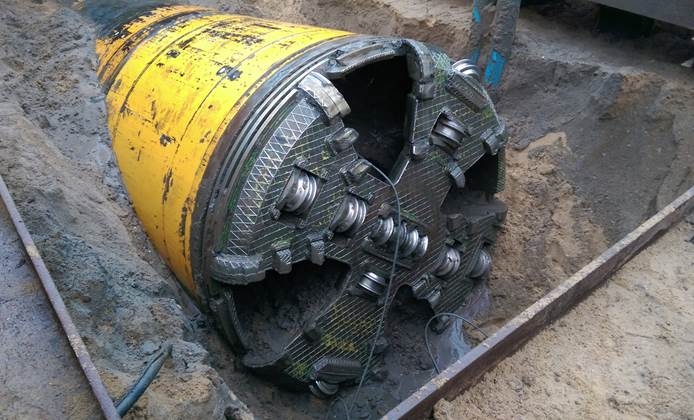 The VMT GmbH was supported by Check-Point Vermessung, which took over the basic surveying and control surveys.